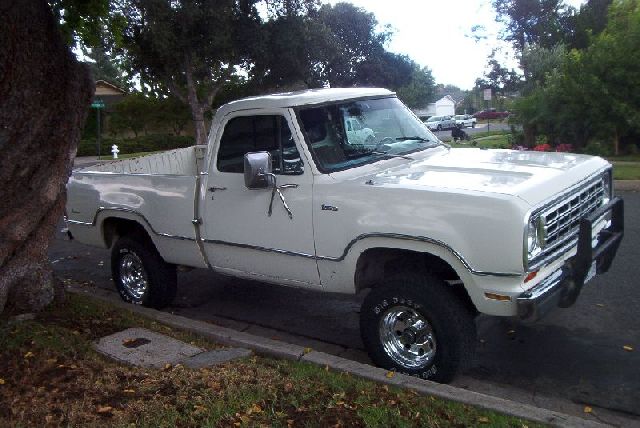 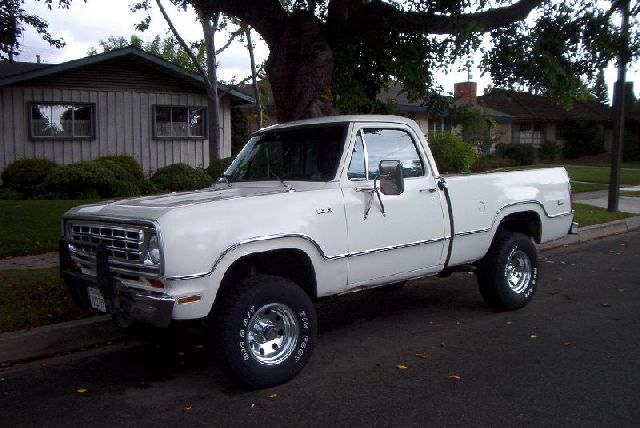 I purchased this truck in September of 2007 from a gentleman in San Pedro, CA, who had listed it on Dodge Power Wagon.  The pictures made it appear in excellent shape, and when I checked it out they were not far from the truth.  Aside from a somewhat shabby interior, and some minor surface rust and a couple areas of chipping paint in the bed, the truck was in extremely good condition.  It was originally a Las Vegas truck, and had a number of additions to it made by the second-to-last owner.  A cross-bed toolbox, aftermarket cassette deck, CD changer, and CB radio were the most apparent.  These were removed by the last owner, as well as a rubber bed liner, fender flares, and a large amount of a tar-like substance from the paint.  He did a very good job.

Update 2010-12-03: Unfortunately the truck met with an accident on September 24th, 2008, one year to the day of purchase.  It was struck on the right-front wheel while I was making a left turn in Los Angeles.  The other car, a mid-nineties Honda, was travelling at approximately 45 MPH, and the force of the impact on the solid front axle shifted the entire frame six inches to the left.  Everything before the cowl panel was damaged if not destroyed.  Repairs would have started at ten thousand dollars for a new frame, front clip, fenders, and additional bodywork, so it was considered a total loss.  As such, it was sold to the junkyard.  In retrospect I should have just kept the damn thing and used it as a parts vehicle, but what's done is done.  I only hope that someone was able to scavenge it for parts before it was crushed and sent over to China.  As of now I am driving a 2005 Dodge Dakota with a 4.7L V8, and am constantly on the look out for another '74 Powerwagon.

I am keeping this page up so I can reference it for ideas once I acquire another Powerwagon, and for others looking for help and inspiration.